Many AsBuilt , HW and SW Databases.

2011 marked the start of 965Mods.co.uk which was the original name of this website. The website name came about as part of my username Fma965 and that it originally had some console modding tutorials.

Shortly after the launch of 965mods.co.uk, Lock Me was released. This application was made for personal use to circumvent the limitation of being unable to lock computers at my college. Lock Me (windows screenlock) is a simple and handy tool that enables you to lock your computer using a custom image or video.

At the end of 2011 it was decided to move from 965mods.co.uk to ForgottenCoders.co.uk, just prior to this re-brand a few applications were released including Lock Me V2 which added video and audio support and SA-MP Advanced Log Manager (unfortunately the code for this has been lost).

Work for Lock Me V3 was also started however the project was later abandoned due to lack of spare time, it was planned to be WPF based rather than WinForms.

There was briefly plans to create a PS3 AIO Tool however this never came to fruition.

Finally just before the end of 2012 Cyanlabs started playing Portal 2 and uploading the playthroughs to YouTube. 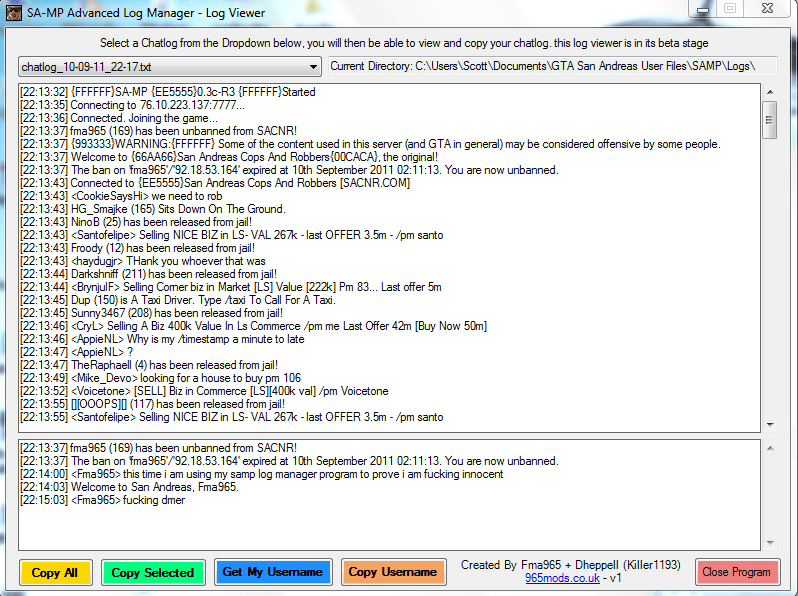 The start of 2012 marked the start of Portal 2 Map Launcher or P2Map for short, this was an application released prior to Valve adding workshop functionality to Portal 2 and was designed as a simple to use map launcher for launching custom Portal 2 maps.
It started off as purely a map launcher but it advanced in to much more.
Eventually being able to automatically launch both client and server players, change level without killing the server and optionally load in split-screen mode for local coop play.

Less major events included the release of the final version of Lock Me and for some reason a color changer for the website (RGB before it was cool?)

A big year for the now named CyanLabs

As part of our newly re-branded site SACNR Keybinder was created. Although this application started of as a simple keybinder it became one one of the most complicated applications that CyanLabs had made at the time.

Along with the release of SACNR Keybinder an application called XBMC JSON Command Sender was created (code has since been lost) and many tutorials were written on modifying the Xperia Play Android device, A experimental SACNR Macro Recorder and Let Me Google That From Clipboard For You was also released.

Slightly later on in 2013, SACNR Keybinder 2013 Edition and SACNR Keybinder Evolution were released, not only did these dokeybinds and mouse binds (including non standard buttons) but also supported XInput (Xbox controllers), toggle binds, macro’s and eventually DInput as well.

Near the end of 2013, Cyanlabs ROM Kitchen for Xperia Play was released, this was CyanLabs first web based application, unfortunately it was later abandoned due to no longer having the phone available for testing. It was designed as a way to easily build your perfect ROM using parts of various others and removing/adding any desired apps.  more information on this project can be found here https://forum.xda-developers.com/showthread.php?t=2391169 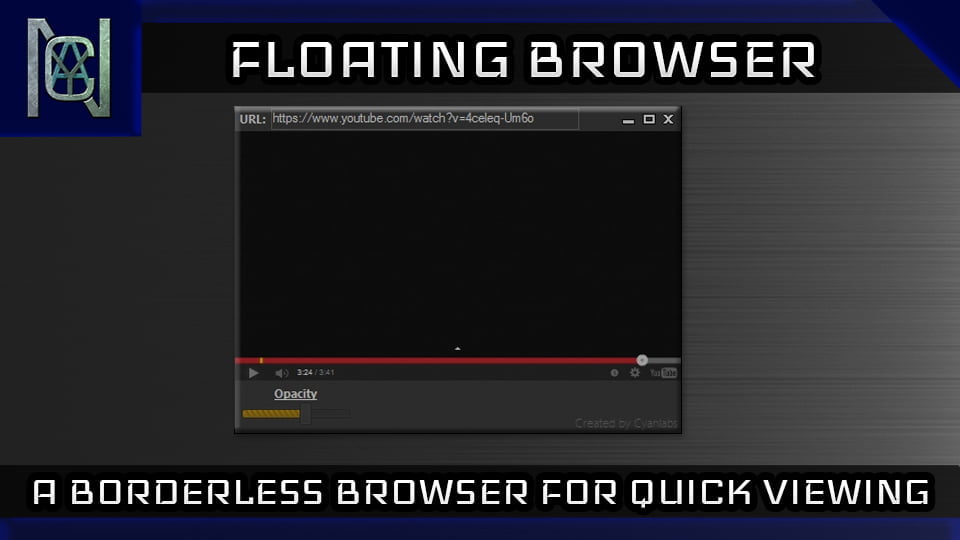 In 2014 many tutorials were created mostly relating to Synology but also a few others, all of which can be found on the Tutorials page

Various simple applications were created in 2014

A companion Windows app for the ROM kitchen was also created which made the install process even easier.

In 2015 the next major application VSX Volume was created, This application again started off as something simple, simply allowing control of your Pioneer VSX Audio Video Receiver via the media keys of your Windows PC keyboard.

This year also marked the launch and later discontinuation of AlienFX Database. AlienFXDB was designed to be a easy to search database on what applications and games support Dell’s AlienFX lighting API, it unfortunately didn’t get much support and was later discontinued. 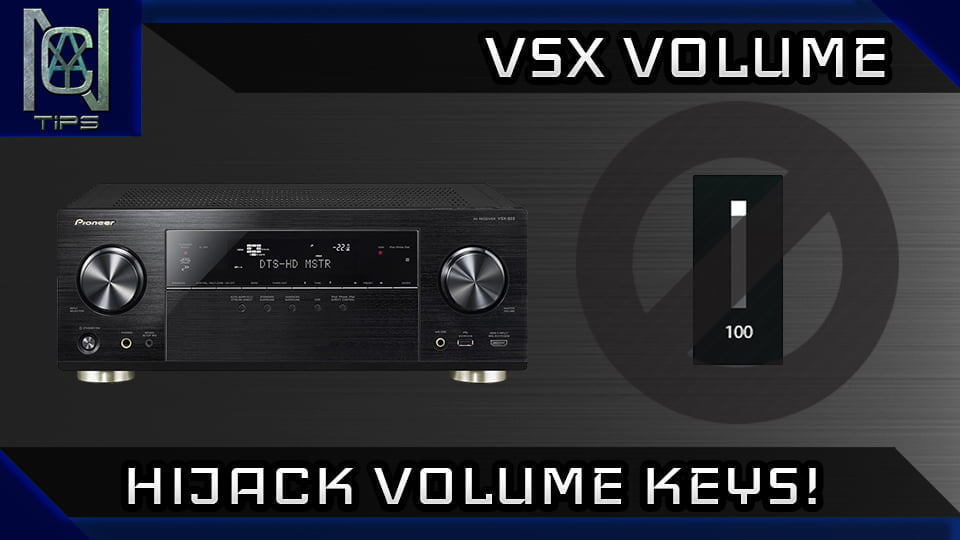 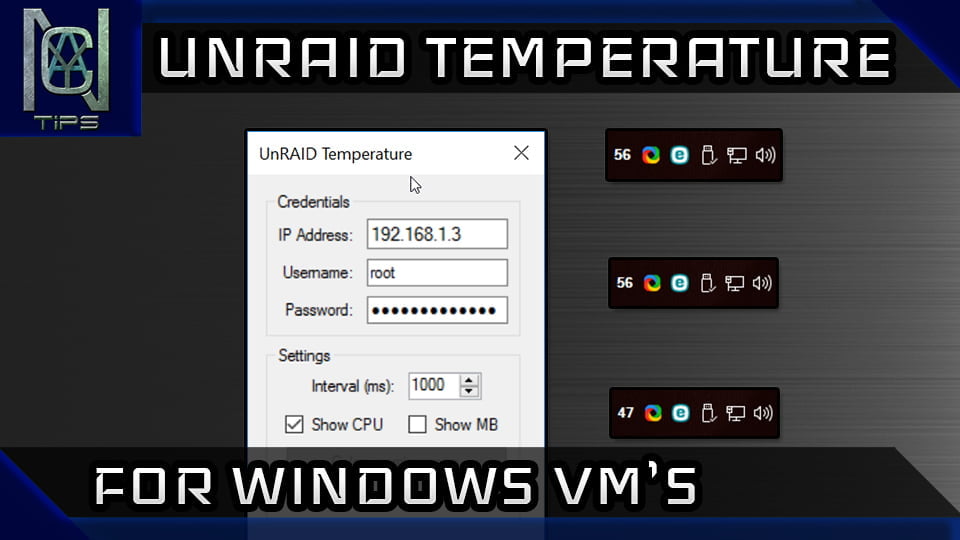 Due to personal life circumstances not much happened in 2016 so lets jump to 2017.

At the start of 2017 UnRAID Temperature was released, this was a extremely simple application designed to work like coretemp and speedfan and show your UnRAID host temperature on your Windows guest OS taskbar.

In 2018 RGBSync was released, An easy to use “RGB Syncing” application for the RGB.NET library.

During visits to the RGB.NET Discord channel it became quite apparent that there was a high demand for a simple UI to go with the RGB.NET library, time was sparse but RGBSync was created.

The developer of RGB.NET eventually released a much more refined application called RGBSync+ and therefore RGBSync was discontinued. 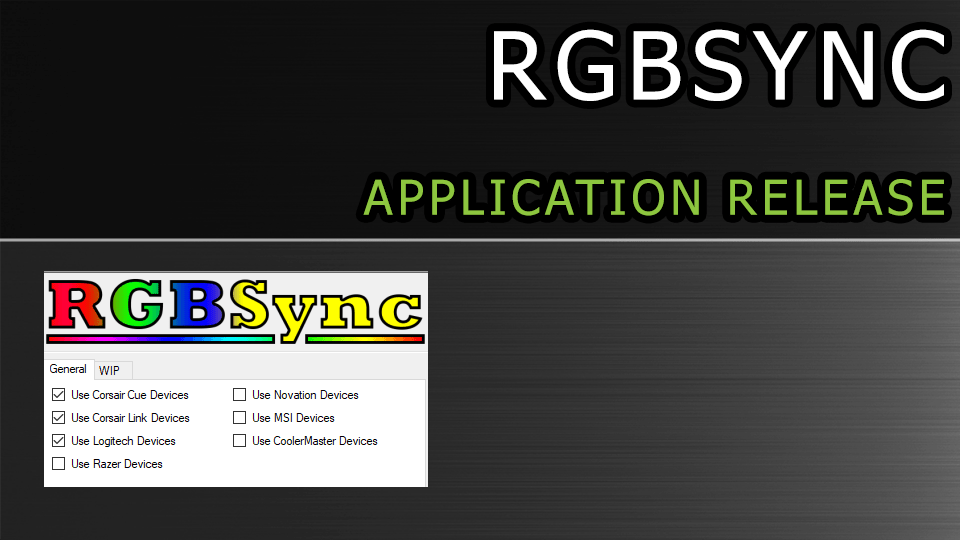 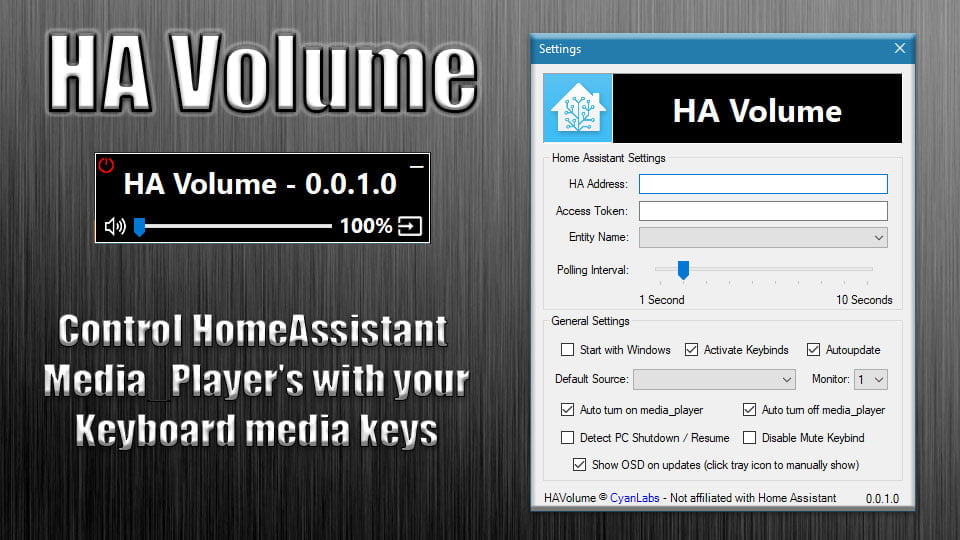 In 2019 I started getting in to home automation and also upgraded my AVR around the same time. This meant my VSX Volume application was no longer compatible, rather than making a new application using what ever API was available to my Onkyo AVR I decided to make HAVolume, similiar to VSX volume except it worked with any media player entity on Home Assistant meaning it was compatible with way more AVR’s and even Google Home, Spotify, etc.

A new guide on updating older hardware versions of the Sync 3 APIM found in Ford cars was also written.

Right near the end of 2019 / Start of 2020 Unraid JSON API was released, this is a small Unraid plugin that wraps the statistics files in to a friendly JSON format for easy access to the data from other services such as Home Assistant

So much traffic that we decided to release a Windows application FordSyncDownloader to make the process much simpler.

This program does everything from download the files to prepare the required USB drive.

Shortly after Syn3 Updater 1.0 was released which used a completely new backend system and contained a lot of bug fixes! 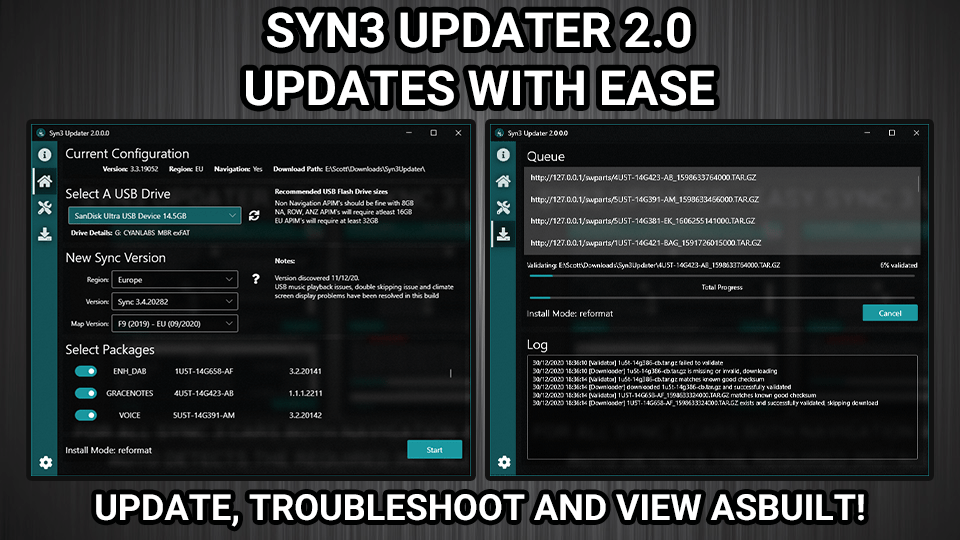 Around the start of the New Year (2021) CyanLabs released Syn3 Updater 2.0 this was a completely re-designed version of Syn3 Updater.

This was our first application that was created using WPF instead of WinForms.

Along with the redesigned UI we also added some new functionality including parsing of the log XML and a webpage to view your extracted AsBuilt data.

Due to the massive popularity of Syn3 Updater and our Ford guides we launched our Community Forum to allow our users to communicate with us better.

Have a application request or a tutorial suggestion for us?

Find us on the web